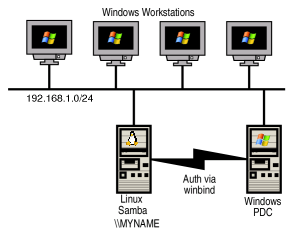 Note: Check this article if you want to install arch on your pogoplug.

Samba 4 is out now 🙂
So I’ll make this tutorial for Samba 4 because it seems to be slightly faster.
This article will tell you how to install it on your PogoplugV2 or another PlugPC.
Should be pretty much the same for all arch installations.

Samba 3 is going to be removed once Samba 4 is installed.
Your old config will be saved to /etc/samba/smb.conf.pacorig

Installation of Samba 4 is pretty easy.

If you want to create shares for multiple users you have to create new Unix user and add this one to samba as well.
To make it clean we will create a group called “samba”.

Now we can add a new user to this group. This user “fabian” is not able to login (-s /sbin/nologin) for security purposes.

We are ready to configure our samba shares.
At the beginning configure
To do so edit /etc/samba/smb.conf

Here is an example configuration.
You have to edit the Share definitions below so it fits your setup.

The stock performance of samba isn’t that great. Especially with NTFS.
But there are some parameters which will increase Samba performance significantly.

Add all these settings to the global section in your smb.conf file.

The main problem for slow file transfer speeds is NTFS, because NTFS needs much CPU on linux.
Nevertheless there are 2 options which will boost the speed:

If this integer parameter is set to non-zero value, Samba will create an in-memory cache for each oplocked file (it does not do this for non-oplocked files). All writes that the client does not request to be flushed directly to disk will be stored in this cache if possible. The cache is flushed onto disk when a write comes in whose offset would not fit into the cache or when the file is closed by the client. Reads for the file are also served from this cache if the data is stored within it.

This cache allows Samba to batch client writes into a more efficient write size for RAID disks (i.e. writes may be tuned to be the RAID stripe size) and can improve performance on systems where the disk subsystem is a bottleneck but there is free memory for userspace programs.

The integer parameter specifies the size of this cache (per oplocked file) in bytes.

Some example values are:

Don’t forget to start the samba services or reboot:

For some additonal performance tips check this blogpost: https://linuxengineering.wordpress.com/2014/08/03/performance-tuning-with-pogoplug-v4/